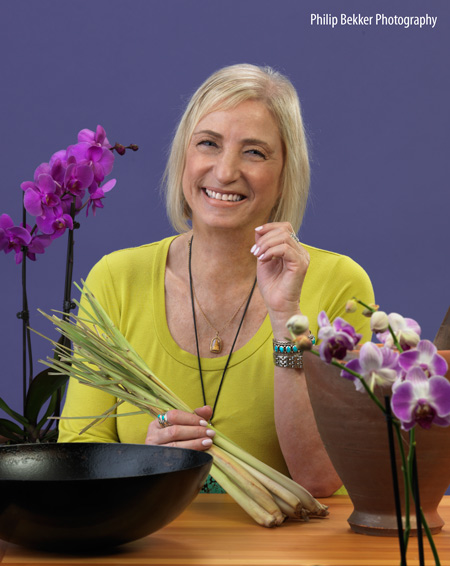 Philippa Kingsley trained in the art of Thai Cuisine in London and Thailand and was a professional Thai chef for over twenty years.

Originally from London, she came to Atlanta in 1996 via The Netherlands, with her two adored English Cocker Spaniels, Voguie and Cosmo.

Founder and Executive Chef of “Philippa’s Orient,” a unique Thai catering company specializing in a culinary experience personally designed for her clients.

She established a Thai culinary school, where she conducted “hands on” full-participation or demonstration-only Thai cooking classes, corporate team building events, including private custom-designed Thai cooking classes in the comfort of the clients’ home.

Philippa was an author and featured contributing chef in the international Thai cookbook The Thai Table by Terry Tan, published by Marshall Cavendish. She was one of three chefs representing The U.S.A She was a member of Les Dames d’Escoffier international association of women in the culinary arts; The Thai Assocation of Georgia, the only non-Thai person on the Board. She was bestowed the Thai name Khun Pimpa (wonderful lady) by a visiting Thai dignitary, and was granted a personal audience with HRH Queen Sirikit of Thailand.

Philippa believes she was Thai in a previous life as there is no other explanation as to why she would cook Thai cuisine, embrace Thai culture and Thai people with open arms.

Towards the later years of her work as a chef, Philippa experienced deep sorrow for the animals used in all culinary fields. She became vegetarian, then pescetarian, followed by the final commitment of becoming vegan. 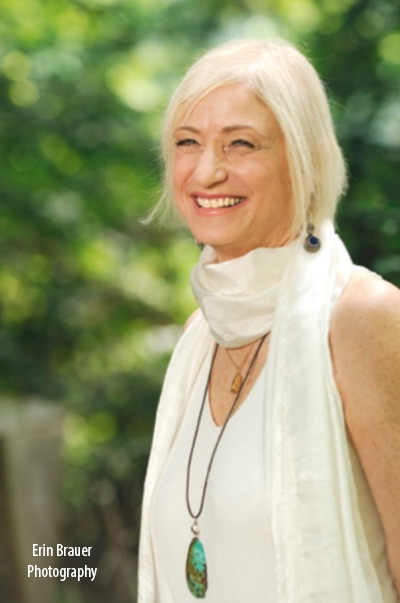 Author: Rising Above Grief for People and Pets:

Meditation CD: Freedom to be Free is Freeing.

She counts Doreen Virtue and Angelic Guidance as inspiration for her spiritual growth in all aspects of the angelic realm. She took Doreen’s Spiritual Writers Workshop at Angel University, which guided and inspired her to formulate the channeled book Rising Above Grief for People and Pets, published by Balboa Press.

She personally experienced the transformative power of VortexHealing® with a deep-seated family issue which she never thought would change. It was through this experience that she became committed to sharing this healing process with others, and facilitates and empowers clients on their spiritual path to discover their life purpose.

She gives regular monthly VortexHealing talks with group healing, and Angelic Heart Meditation to Open the Spiritual Heart at Phoenix and Dragon Bookstore in Atlanta.

Her personal grieving process after the loss of her beloved father, adored dogs and later her much loved mother, and as author of the channeled book Rising Above Grief for People and Pets enabled her to specialize and help people heal from the emotional earthquake of the grieving process.

She was guided by her adored dogs in Spirit to officially learn animal communication. Many animals still exhibit behavioral issues even after being adopted into a loving home. Philippa uses animal communication and VortexHealing® to release the residue of fear due to their previous life of abuse or abandonment by healing in the cellular system. She uses animal communication and VortexHealing in person and remotely, both in Atlanta and nationally. She also connects with animals in Spirit to help people who are grieving over the loss to help them find healing and closure.

In 2012, she found mediumship to help her overcome the residue of the grieving process, after the loss of her beloved father and adored dogs. In 2013, her beautiful mother passed into Spirit after suffering from Alzheimers. She studies mediumship in the UK at Arthur Findlay Spiritualist College in Stansted.

As a spiritual medium it enables her to blend and become a voice for the Spirit world, to tell the story of a life once lived and give messages of love to dry the tears of sadness and let hope unfold in the heart.